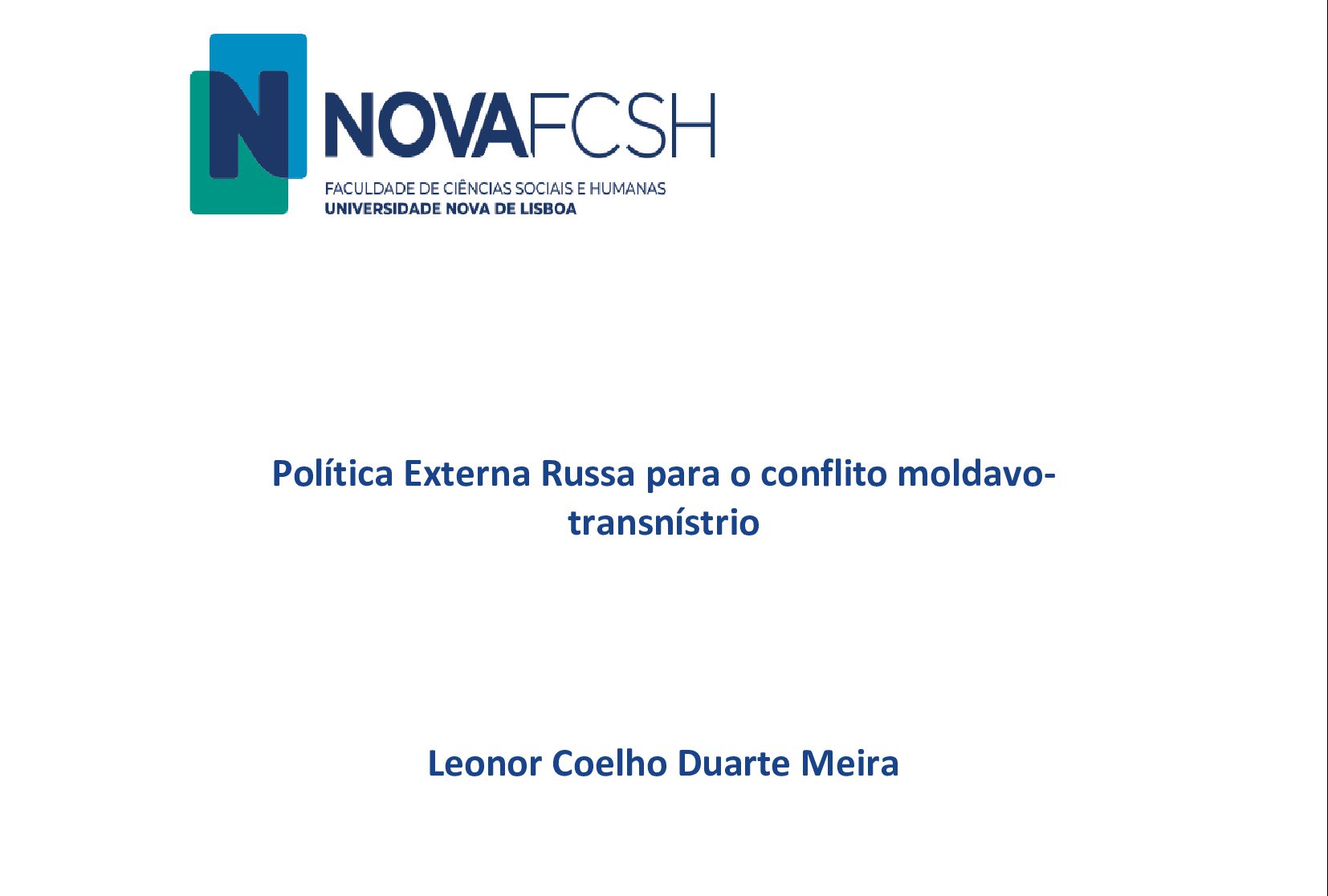 The Moldovan Republic of Transnistria is a breakaway region integrated into the territory of Moldova. The conflict between the parties has remained unresolved since 1992, when they engaged in a short war after the dissolution of the Union of Soviet Socialist Republics that culminated in the establishment of this de facto state on Moldovan soil. The present dissertation intends to demonstrate that the cornerstone of Transnistria’s survival is the Russian Federation, which acts as the protector of the breakaway region in the military, economic and political domains. In the analysis of Russian interest in the region, a neorealist approach is used, in which the weight of geopolitical competition with the West is considered, and a constructivist approach, where importance is given to the question of identity and perceptions. 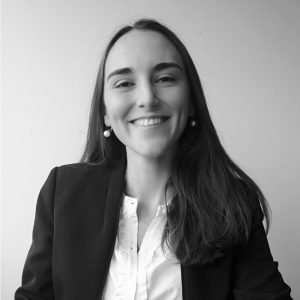 Leonor Meira has a degree in International Relations from the Faculty of Economics of the University of Coimbra and a master’s degree in Political Science and International Relations, with a specialization in International Relations, from the Faculty of Social and Human Sciences of Universidade Nova de Lisboa. She has a postgraduate degree in Information and Security from the Higher Institute of Social and Political Sciences of Universidade de Lisboa and has also completed the Erasmus+ program at the Università Degli Studi di Padova, in Italy. Her research interests focus on foreign policy analysis, security studies and peace reconstruction, with special emphasis on the post-Soviet space. 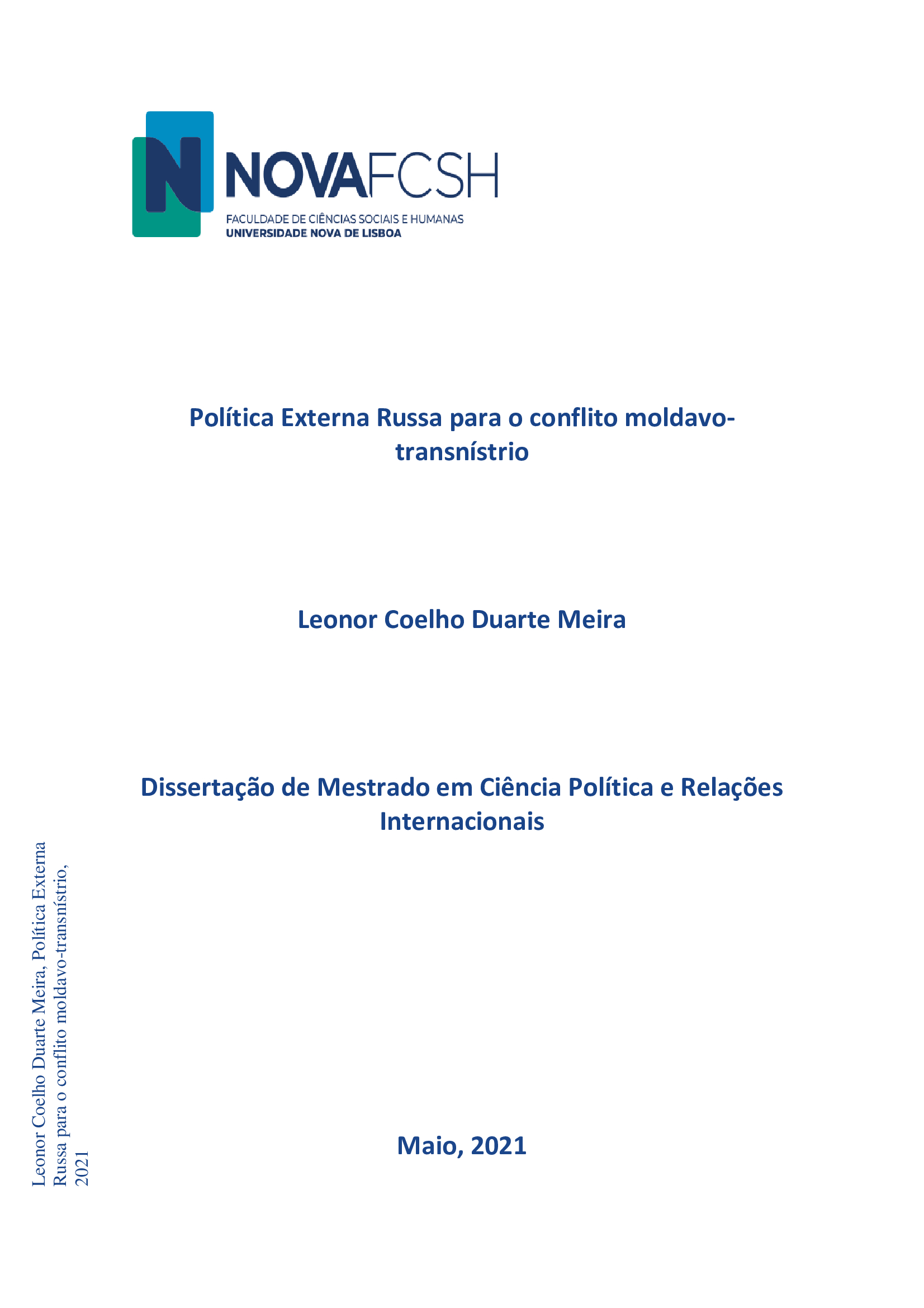